He and his teammates were near Lake Vortsjärv in the south of the country, and it seemed that Prikko had felt the urge of Mother Nature’s call. Nature was coming to him, and he needed to answer it.

He has heard cat-like or baby crying sounds while walking in the forest. Prikko tried to listen and he guessed that something was screaming but was not sure if they could be found. 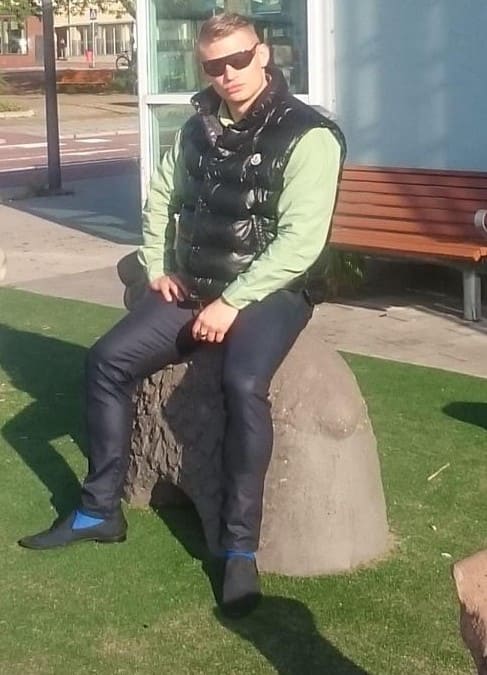 After a while, he caught the little moose appearing behind the trees; it seemed to want to tell him something.

The small moose was both hesitant and curious about Prikko but approached him. 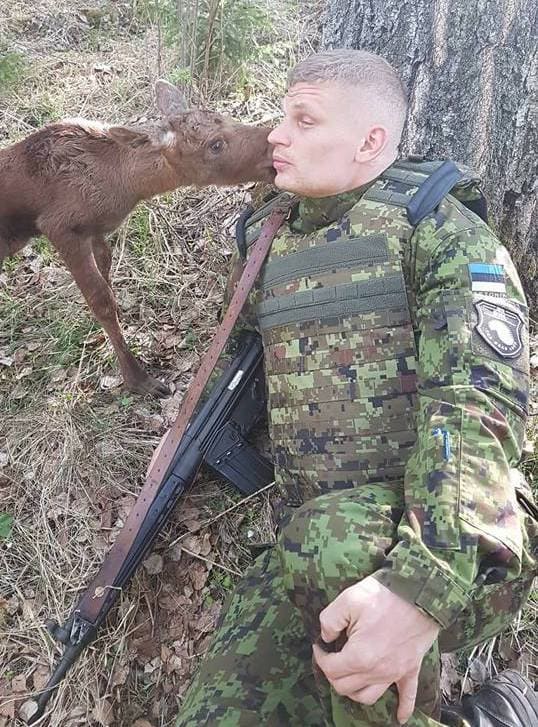 He noticed that this animal seemed hungry and needed to be fed. Even though he wanted to help the moose, he didn’t bring any food. Prikko called the vet’s office to report the little creature that had lost her mother. After that, they got a large bottle of milk for that lovely calf there.

After a while, Prikko and his teammates knew that they had to let the moose go home with his mother; what belongs to the wild needs to be returned to where it belongs. The mother of the baby calf is waiting for him to return home to reunite. In the end, they found it suitable. 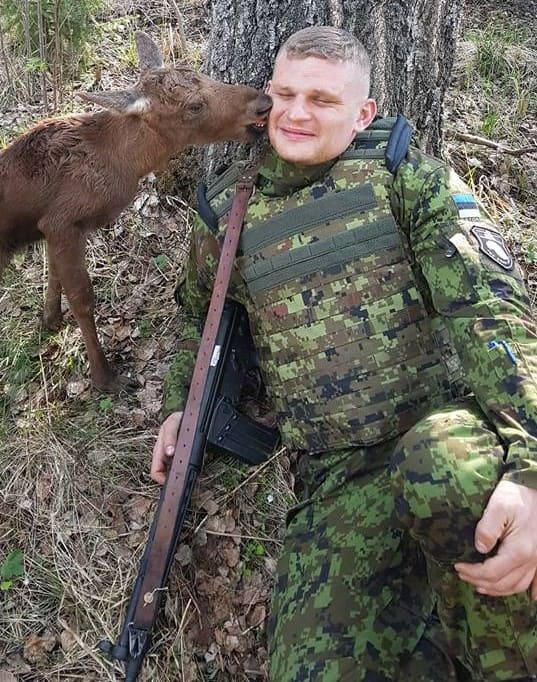 The next day, Rikko said that he and his friends discovered huge moose footprints printed on the ground. That proves the calf’s mother came to save him last night.

Prikko is very lucky to meet the baby moose. The animal approached him without concern. It is a wonderful meeting between a man and a wild animal. The story leaves us with the cuteness of the animals. 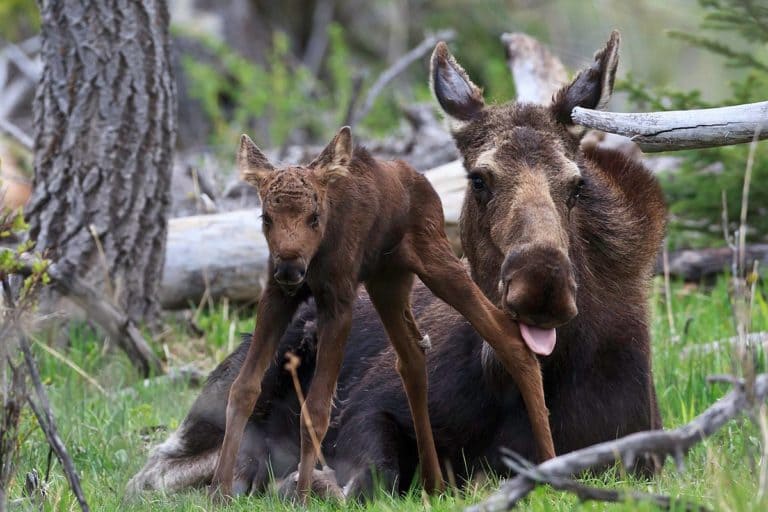